My Past Creative Building Days

I was told at secondary school I would not amount too much. They were so wrong had my first multi-million pound marketing contract at age 21. I am including some of my achievements here. Hopefully, it will inspire those who sit in class and find they are being ignored or helped by their teachers!

They say if you put your mind to it, you can eventually achieve it. It is true, and I was eight years old I knew I build my own home. My wife and I started our first property development with just £2500 in 1998 when we bought a small terraced house at an auction in the north of England. We sold it on for a good profit. Since then, I have owned and developed many properties in several countries, including Canada, where I developed social housing.

Below, I summarize two of my favorite developments I owned, with links where you can read more in-depth. 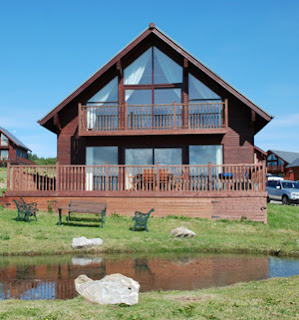 Eden Vista now just called Retallack Park in Cornwall, England. This was just a piece of paper with an outline planning consent for 70 caravans. This planning consent had been bouncing around since the 1970s, being renewed each time near expiry. When I came on board with a business partner, it just had six months left before this planning permission was to expire for the last time. I turned this into a new permission for up to 106 lodges over around 40 acres of land and a leisure centre.

The site was in a conservation area and part of the land was also a scientific area of interest. I owned this with my business partner after just putting down £10,000 as an option to purchase. I sold this site with my partner and my lodges have stood here since the year 2000. The site is now just called Retallack Park. It has expanded, but if you wanted to purchase some estimates say it is worth 60 Million! You can find some lodges individually for sale at around £250,000. You can read more about this adventure here

A Country House, England
This was an opportunity for my wife and I to instead of building homes for others to actually build one for ourselves to enable us to bring up our young children and give them a taste of the countryside. I also wanted to have a home like I experienced as a child when we moved from Surrey to a tiny village in Devon and a thatched cottage that did not even have a bathroom. This place was originally called Pinewood and was a 1960s detached bungalow Read my longer account to learn more, but essentially I doubled its size in to a five bed-roomed home with a free standing oak tower, peacocks and alpaca's, Stables and detached garage which you could extend later into a small house. Here is a before and after pictures
with an agricultural tie and some land in a tiny village and again near a conservation area, it had three bedrooms and we had to fight to get it as lots of people wanted it in this sort after village. Where they saw an idyllic cottage with uninterrupted views of the valley and the deer that lived there - I saw potential! I could just see what a bulldozer could do to the place. That's right I wanted to pull it down, but the local planning office would only allow you to extend it.

What my wife and I saw was somewhat different and we loved the houses in Scotland which were called one and a half houses, these were originally long houses that were extended in the roof. We also liked the Swiss houses with balconies at the back to make the most of the views. You will need to read the longer version for a better understanding of how we went about building this wonderful family home. As you can see by the three thatched cottages in the back ground and after the 70 foot tree was removed, the house fits in well. You can
also see the balconies at the back of the house and the 1000 square foot terrace.

It is difficult to give you an idea of the size of this house but the attic was huge and it was built so you could extend into the third floor. This was a wonderful home and we enjoyed our time in the country for the years that we were here whilst our children grew up and longed for the city again.

If you have the chance to build your own dream home then please make it a reality, yes it comes with challenges and with this build we had to keep three of the existing walls so it could still be called and extension. We bought this original bungalow for £350,000 and literally pulled it down to build this. It was valued in 2007 for £799,000. Those were the days! You can view more pictures here!