Foreign Affairs - Causes I care about-

I am interested in religious freedom, immigration and those who are struggling in foreign lands.

I have a strong interest in corporate responsibility, policing and human rights with a dash of intelligence, with the emphases on encouraging all agencies to learn a new culture of sharing information with each other to help fight terrorist threats at home and abroad.

Some past issues I dealt with - 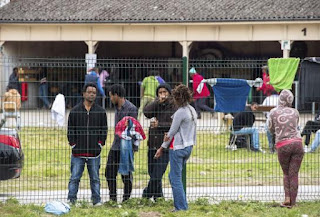 Calais Migrant Crisis
The true story of the appalling conditions and what's really been going on in the camp called Jungle Camp. I have been involved since before 2006 before it was ever named the 'Jungle' and in those days there were only a few tents spread around the town Calais. You may find it shocking to know what was really going on here and how difficult it was for authorities to help those genuine migrants and homeless people that was estimated at about 7000.