Here is one of my many achievements -

Here is one of my favorite leisure developments I have built and owned with a business partner.

The property development landscape has changed a great deal over the years and now sadly home ownership seems to be out of reach for so many people. I hope this will change one day as building your own house can be a great experience.I am fighting to try to make home ownership more accessible to all.

Currently, we have in England over 100,000 homeless families with young children living in temporary accommodation and a massive housing shortage. In a London borough we have currently over 1000 empty properties.The truth is if they wished more homes could be built, they just choose not to. 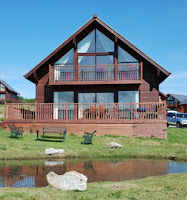 Retallack Park, Cornwall, England
It was originally called Eden Vista. This is a leisure development I owned with a business partner it was to be a disabled friendly park, where each of the 70 + lodges was to enable a disabled person to stay in comfort and enough room for all of the family the landscape design was to also enable those with mobility challenges to be able to get around the park. The park is now known as Retallack Park in Cornwall and you can visit and stay there.

There is a leisure centre that we also designed. I gained planning permission and built this development from groundwork's up, landscaping and infrastructure which also included a bore hole to ensure we had our own water supply.Initially, I wanted to fit the lodges with solar panels and each roof was designed and placed to best collect the sunlight. I had a treatment plant which used natural filtration for a 700 population. I hope to put more here over the coming months to give you an idea of just how large a development this was.With the expansion it is now over 100 acres.

From concept to reality
This park was the first of it's kind in Europe most developments only consider the disabled at the end of the design. And sadly tuck a few rooms away for those who have mobility challenges.My lodges started with consideration of disabled persons needs from the start.Every construction would allow anyone with any kind a disability to be able to stay even had a sensory garden for blind people but in the landscape design brief.

Lodges were supposed to look like log cabins and designed to be built either on eighteen posts in the ground or on strip foundations seen in the picture opposite. The structural panels were made off site and we even created our own factory production line in the barn that would later become the leisure centre that you see today.

The actual build of a lodge was on site was just days once the base had been put in place in around a week you would have a lodge watertight. 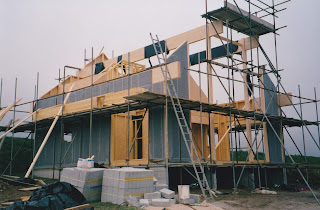 Two initial lodges were built precisely to show what I was talking about as the planning department just did not seem to get it. You need to bare in mind that the original planning permission had been bouncing around since the 1970s by just renewing the outline planning which was originally just caravans. The challenges had already seen off a number of developers over the years, plus the fact that on this site was a conservation area and an area of scientific interest as well as other hurdles in the way. I like a challenge and so we built two real life models. Here is a picture of them soon after they were built. They were built without planning approval! I was a determined young man in those days. The lodges were made of timber frame construction but permitting them to breath naturally but instead of having timber insides the lodges were plaster boarded like a normal house with large glass fronts to bring in as much natural light as possible.

We spent over two million just on the ground works before the start of the build. This included bringing in and building a 500 KVA electrical supply and the huge cabling which amounted a several miles, also the pipework not just for the water supply on site but also bringing in the local water authority supply from over a mile a way with a 4 inch main pipeline. I hope to expand this later in a much more in-depth account of the way this site was built and the roads we put in.

This development was started with just 10,000 down as an option to purchase. Some say the expanded development today is worth around 60 million. Some lodges are for sale from £250, 000 each.

I always wanted to build my own town and loved when I used to visit Switzerland, also liked the way house were made in Canada. So took the best of both worlds and developed building that could be built cost effectively and off site and assembled. My lodges have withstood storms over the years and have stood here since 2000.

You can accommodate up to eight people in them and look great in the snow. This picture shows you that they were designed also so you could not look directly into your neighbors windows and provided privacy and a sense of community. If you wanted to buy this place which has been extended you would be looking to spend around 60 Million so I am told.

Some more pictures of the site here below. I will be adding to this page with some of the other developments, so please visit again. 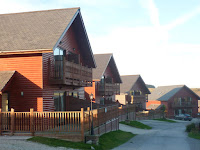 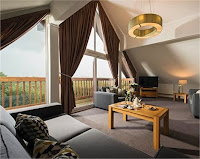